Honduras, Your Next Tropical Destination

After living in the US  for 10 years, I’ve realized how little people know about Honduras. A country smaller than the state of Ohio is easy to get lost amongst 197 countries. Far and few in between I’ll meet someone who has travelled to Honduras. But for the most part the country’s image is plagued by negative media and advertising. The US state department is constantly issuing travel warnings and if Honduras makes it to the news, it is never a good headline. While Honduras faces many challenges, it is a captivating country filled with biodiversity, pristine beaches and historical sites. It is the perfect destination for thrill seekers and curious adventurers. 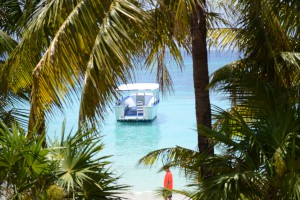 The Bay Islands are known for its spectacular marine ecosystem, white sandy beaches, and its tropical forest.The islands’ reefs are the second largest barrier reef in the world; hence it is a top destination for divers. Copan is one of the most important archeological sites found in Central America. This ancient city showcases the creative genius of an advanced ancient civilization, the Mayans. Most noteworthy are the city’s pyramids and colorful temples. Due to its geographical location, Honduras is home to the second largest tropical rainforest reserve in the continent. The Rio Platano Biosphere is a preserved area and a UNESCO World Heritage site. This region contains a wealth of plant and wildlife diversity. Other destinations include beaches along the Atlantic; such as Trujillo, Tela and La Ceiba. Furthermore, visitors can also enjoy river rafting expeditions through the Rio Cangrejal. Or you can travel inland and visit the historic old capital of Comayagua. So whenever you read a not-so-nice headline, you now know that amidst all the chaos, it is truly a great country. And hopefully next time you plan your next tropical vacation you will think about Honduras.